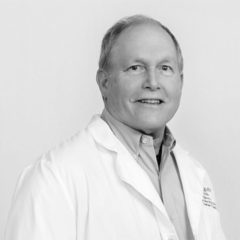 Thomas S. Ahrens PhD RN FAAN was an advanced practice nurse and then a Research Scientist at Barnes Jewish Hospital in St. Louis for 34 years. He has extensively published, including 5 books and over 100 scientific papers. He has been widely published in the application of technology to clinical practice. His work has particularly focused on identification and management of sepsis. His most recent work addresses the need to educate the public on infection prevention (e.g. cold, flu, pneumonia) in order to reduce the incidence of sepsis.

He has developed clinical education web sites for nurses, respiratory therapists and physicians as well as the public. His book “Hemodynamic waveform analysis” is considered by many to be the finest clinical guide to the topic. His book “Essentials of Oxygenation” was an American Journal of Nursing Book of the Year. He was awarded a Presidential Citation by the Society of Critical Care Medicine. In 2004 was inducted into the American Academy of Nursing.

He is a strong advocate for hospitalized families. He has published a research paper that demonstrated how improving communication with high risk patient families can improve both outcome and costs control. He has helped design communication programs and web sites to aid clinicians in discussions with families. In 2006 he was selected as an Edge Runner by the Academy, which is designated “for those people who are developing innovative solutions that eventually become mainstream solutions”. From 2006-2008 he was AACN’s representative to the Surviving Sepsis Campaign. Since 2009, he has been AACN’s representative for the Critical Care Societies Collaborative (CCSC), with the goal to establish a research agenda for critical care in the US. In 2008 he was award the “Flame of Excellence” award from the American Association of Critical Care Nurses for sustained and influential work in critical care.